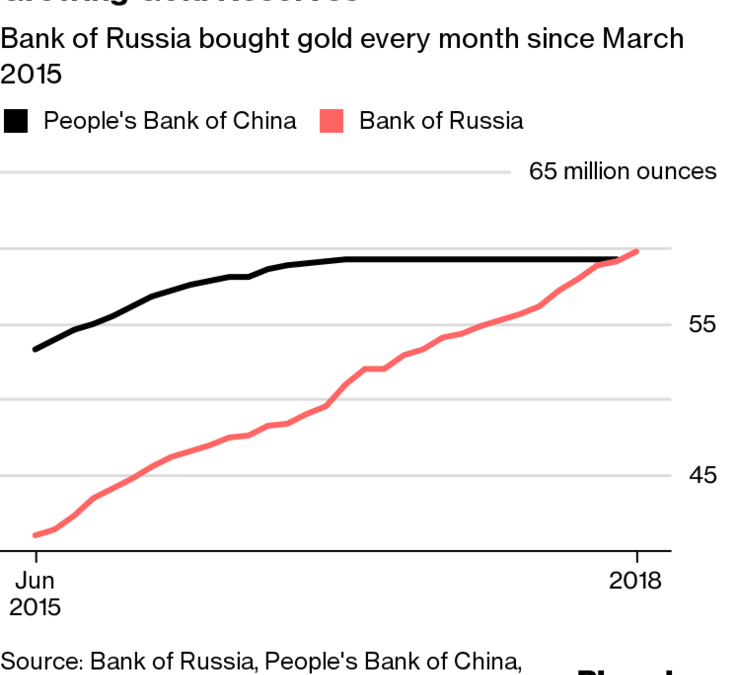 Russian gold reserves are rising steadily, as the Bank of Russia has bought gold every month since March 2015.  The country is now ranked as the fifth-biggest sovereign holder of gold, even overtaking China: In January, Russia sat at 1,857 tons, with China reporting 1,843 tons.

Russia acquired an average of 14 tonnes of gold per month in 2016 and with a deepening rift with the U.S., Russia can now diversify its foreign currency holdings.

It is important to note, that only three countries out of the top 10 holders have increased their holdings materially recently: Russia, China and the U.S. And even with the recent increases by China and Russia, the U.S. still remains the largest owner with a robust 8,134 tons.

What are Russia’s motives? Could a large global currency shift be in motion? How quickly is it happening? And what’s their endgame?

For alerts and updates on the
IREMCO family of companies, join today!

You can unsubscribe at any time.